Heading into the week with Sundance Buzz: Dope, Brooklyn, Nightmare and others. 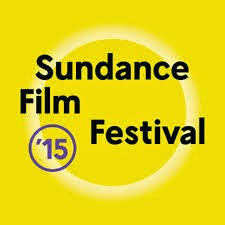 Oh, the festival exuberance that forces many to pull the information trigger too quickly. I have reported in my previous dispatch –after double-checking on several trades and online outlets - that the sale price for Me and Earl and the Dying Girl was $12 million. But in the last 24 hours, several outlets have now corrected this information. It sounds like the deal actually closed for a number around $4.7 million instead (Source: Slash Film) though other numbers that are close are also flying around. Thus, Little Miss Sunshine still maintains its record, being the most expensive acquisition of Sundance history, with a $10.5 million sale price. 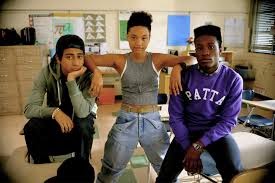 This last couple of days, I have been playing catch up with titles that generated strong buzz throughout the festival’s first weekend. It’s tough to go into a movie with high expectations that only escalate with each passing day. On one hand, it’s an exhilarating feeling to have them preset for you. On the other, hype always comes with an element of caution. Therefore, I was very pleased to see that writer/director Rick Famuyiwa’s Dope (US Dramatic Competition) not only lived up to its hype, but also exceeded my high expectations. (Those who stand by the already-overused phrase “Dope is dope” are correct.) Dope, with a $7 million distribution deal from Open Road and Sony already under its belt (which I covered in my previous dispatch), has confidently established itself as one of this year’s true breakouts and at once became the kind of movie people hope to see when they make the effort to trek up to Sundance. Set in Los Angeles, Dope tells the story of a trio of misfit teenagers; geeks of their high school and easy targets of the street smart kids of their crime-filled neighborhood in Inglewood. The heart of this geek squad is the straight-A student Malcolm (Shameik Moore) who dares to dream big for his future. He wants nothing more than getting a college education from Harvard, despite constantly being discouraged by his environment and even his high school advisor. Working through his unusual personal statement, preparing for SATs and having scored a vital interview with an educational advisor in the process, Malcolm accidentally finds himself at a crossroads: his dreams vs. the corrupt world of drugs and gangsters that mean business, outlining a plot Malcolm and his geeky pals involuntarily get pushed into. The question is: will they be able to pull a complex ploy off and put it all behind? The pulsating and often electrifying Dope is a beautiful homage to the 90s (Rachel Morrison’s cinematography paints the film with a vibrant energy), and already drawing comparisons to Spike Lee’s cinema as well as Pulp Fiction for good reason. Filled with high-energy music (hint: Malcolm and his pals have a band) and tightly navigated set pieces, the ultimately uplifting Dope is a sure-bet crowd pleaser. In the film’s post-screening Q&A, the breakout actor Shameik Moore –who oozes with humble disbelief and pride, the kind of honest authenticity and excitement one hopes to witness in Sundance- talked about his audition when he sent his tape all the way from Atlanta. “You send in so many auditions,” he said. “And you stop believing that it will ever happen.” But it did happen for him. As I was leaving Prospector after the screening, I witnessed him sharing an embrace with a member of his team –possibly his manager- who said: “You are here. And no matter what happens from now on, I’m proud of you.” 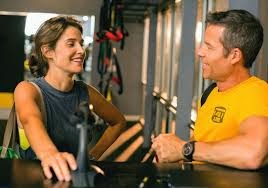 Including Dope, I was able to see 8 films during Monday and Tuesday of the festival; the final two days of Sundance that unveil the remaining competition titles (with rest of the days through Sunday being encores.) Among them is the US Dramatic Competition title Results (by the Computer Chess director Andrew Bujalski), an offbeat comedy about two hardheaded gym workers/personal trainers (Guy Pearce and Cobie Smulders) and a new wealthy Client (Kevin Corrigan). Despite engaging performances and a promising concept, Results (bought by Magnolia at the top of the festival) seems to be one edit away from having a more coherent structure. The film’s 3rd act seems shaky with questionable cuts that hamper and muddy the story and its organic humor. Another effort I caught up with, Jennifer Phang’s truly original Advantageous (US Dramatic), is an elegant, minimalist sci-fi refreshingly revolving around the story of a mother-daughter while inventively tackling a chilling near-future hypothesis on racism, and capitalism’s insistence on dehumanization. Chloé Zhao’s Songs My Brothers Taught Me, which also competes in US Dramatic, is a mature, clear-eyed debut from a young director that tells a small coming of age story of a high-school student living in Pine Ridge Reservation, whose future plans get put on hold with his father’s unexpected death. Playing at the Midnight section, Eli Roth’s semi-campy, Fatal Attraction-meets-Misery-meets-Funny Games flick Knock Knock unsatisfactorily offers up cheap thrills and uncomfortable humor in a story about a wealthy LA man who finds himself as the subject of two attractive female intruders’ sex-filled game. Festival’s early buzz title The Witch (US Dramatic, directed by debuting name Robert Eggers) proved to be a truly creepy, intensely atmospheric tale of mythical witches in 1692’s New England, led by a superb performance by Anya Taylor Joy. 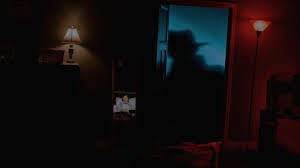 The Room 237 director Rodney Ascher’s Nightmare, another Midnight entry of the festival, will perhaps be the most memorable title of this year, for reasons that reach beyond the quality of filmmaking. Not only because its topic is stylishly presented through Ascher’s now signature command on details and imaginative reenactments of stories told by talking heads, but also because of the fact that Nightmare is truly one of those horror films that will ruin your sleep for many days to come (I’m talking with first hand experience here.) The subject Ascher takes on is “sleep paralysis”, a condition, or rather a phenomenon, in which one would experience a state of half asleep/half awake period with complete inability to speak, move or react. But that is not all. All those Ascher has interviewed explain a similar chain of signals and symptoms that start with a tingling sensation taking over their body, followed by shadowy figures appearing one by one and slowly approaching their bed, invading their personal and psychological space. And there is nothing you can do but stare in silence and terror, hoping it would end soon. In several instances, subjects swear to do things in their sleep before paralysis overtakes their body (in one instance, a New York man says he received a phone call from a devilish voice and smashed his cell phone.) And everyone describes their state of paralysis and being under-attack by truly frightening figures in the same way: “It was like dying.” In the film’s post-screening Q&A (which I was too frightened to stay for), Ascher reportedly asked the audience to raise hands if they had ever experienced similar episodes. And apparently there were many hands up. Tweets from the Q&A confirm one woman actually broke down in tears, talking about her own paralysis. I dare you to watch Nightmare and get a comfortable night’s sleep immediately after. 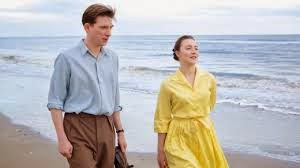 Crawling out of bed the next morning –after a truly ruined, almost non-existent sleep, compliments of Rodney Ascher-, I ran to Eccles to catch John Crowley’s Premiere title Brooklyn. Crowley, with previous films like Boy A and Is Anybody There?, is an unassuming storyteller. He knows how to make an audience feel. And with Brooklyn, led by a radiantly truthful performance by Saoirse Ronan, he masters his poignancy. In the film’s introduction, it was appropriately noted that Brooklyn, being a period drama, is a rarity of Sundance. Telling the story of an Irish immigrant girl who settles in 1950s Brooklyn at an all-girls boarding house, the film gracefully navigates the story of Ellis Lacey who yearns to establish a life away from home and struggles with her identity and future decisions when she temporarily goes back to Ireland with grim news from her family. Brooklyn is a gorgeous, straightforward and tear-jerking drama, ripe with earnest melancholy (in my view, superior to James Gray’s The Immigrant) and rich with period details. Grabbed by Fox Searchlight, Brooklyn is one of the titles out of this year’s Sundance to watch for.

While the party scene in the last couple of days in Park City was equally vibrant as the weekend, I found myself willingly skipping many gatherings (except for a quick stop at the Duplass Brothers’ party on Monday afternoon), desperately trying to recover from a cold (some call it “The Sundance Flu”), which is currently showing no signs of vacating my body. Turns out, you can take all the necessary precautions (like obsessively using hand sanitizers), but this thing will still get a hold of you somehow. Yet in Sundance, flu -like hunger or sleep deprivation- is just one of those things to ignore until you’re on a return flight back to the real world. And that’s what I’ll be doing.
Posted by Tomris Laffly at 2:52 PM

Email ThisBlogThis!Share to TwitterShare to FacebookShare to Pinterest
Labels: sundance